Jeremy attended both Bard College and University of Michigan, where he developed a multidisciplinary study in political strategy. While at Michigan, he founded the College Cryptocurrency Network, an international nonprofit organization, and also began to work with several blockchain-related startups. You can often find him on the road, at a conference or club, extolling the virtues of the blockchain to anybody within earshot. He also runs business and operations for Augur, the world’s first decentralized prediction market software.

Among the most vital factors that will determine Bitcoin’s success is the ability for individuals to explain the technology to others. The College Cryptocurrency Network was formed last year to help create “Generation Blockchain”, a global cohort of young people and academics who serve as “cryptocurrency communicators.” It’s important now, more than ever, that bitcoin and the blockchain can explained in a digestible, impactful manner, and that a grassroots movement takes place. 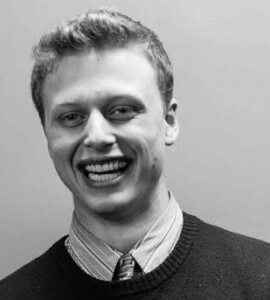