With his colleague Craig Steven Wright, Jimmy Nguyen is one of the leading advocates of Bitcoin SV (BSV).  He and Craig will speak at Bitcoin Wednesday on 1 May, 2019.  His presentation carries the title “Bitcoin SV: The Power of Original Bitcoin Without Limits“.

Since BSV emerged from the November 2018 hard fork of the Bitcoin Cash network, the project, its advocates, its marketing strategy and many of its claims have come under intense fire in the industry.  BSV’s bid to be “the original Bitcoin” is based partly on Craig Wright’s claim that he is Bitcoin’s creator, Satoshi Nakamoto.  It’s also a reference to the argument that extremely large or even unlimited block sizes are necessary for a blockchain to succeed as a payment network.  Craig has called Bitcoin’s alternative solution, the Lightning Network, “a system designed for criminals to purchase drugs” despite its early success.

Jimmy is Chair of the Strategic Advisory Board for nChain Group which holds a portfolio of hundreds of blockchain-related patents and patent applications, and Founding President of the Bitcoin Association, a relatively new organization that promotes BSV by bringing together developers, merchants, miners and other network participants.  He has 21 years experience as an intellectual property and digital technology lawyer and was previously a partner at three U.S. law firms, Foley and Lardner, Wildman Harrold and Davis, Wright, Tremaine.  He was formerly Chair of the State Bar of California’s Intellectual Property Law department and Co-Chair of the California Minority Counsel Program to promote diversity in the legal profession. 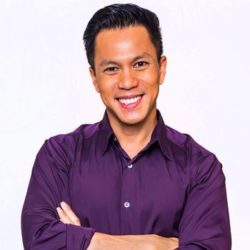