Joeri Pross will present some of the films during the Bitcoin Film Festival on 2 December 2015 at the Melkweg.  His own work, “Factom is Forever,” a short animation that illustrates a number of alternative applications of the blockchain, will also be screened.

Joeri Pross is a creative director and motion graphics designer from Alkmaar, The Netherlands.  He founded Hypercube Studios in 2014 and has worked with blockchain companies like Factom, Shapeshift, Bitcoin.com and many others. Hypercube Studios makes crowdfunding videos as well as explainers and promos for the web and TV. Joeri is passionate about visual storytelling and fascinated by marketing in general. 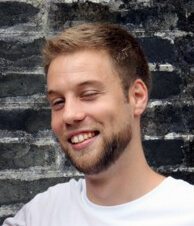