Where the Blockchain Routes Values like the Internet Routes Data

During Bitcoin Wednesday on 5 February, 2020, CEO Johannes Schweifer will demo CoreLedger’s tool for enabling multi-party atomic swaps.  Known as WARP, the solution is a component of CoreLedger’s operating system that allows businesses to easily tokenize and exchange goods and services.  The platform features a multi-party settlement mechanism designed to increase the liquidity required for fast and effective digital asset exchange.

During his presentation, Johannes will show how WARP can generate trade sequences that route values the same way that Internet routes data.  He will also explain some of the many use cases this solution makes possible.  How, for example, would a controversial asset such as a “compliant bitcoin” operate?

He writes, “What IP and TCP is for the Internet, the blockchain protocol is for the token economy.”

While blockchain technology can be hard to grasp, we intend to make it as easy to use as a smartphone: Since Joe Next Door and his friends interact with their mobile phones via the graphical user interface, they do not have to understand how the CPU works or how pixels appear on the screen.  Similarly, we aim to create products where the user doesn’t have to know that there is “blockchain inside.”

Johannes is a passionate problem solver, builder and serial blockchain entrepreneur.  He holds a PhD in Distributed Computing and Quantum Chemistry from the University of Vienna, and co-founded Bitcoin Suisse AG, BlockLogix, and CoreLedger AG. 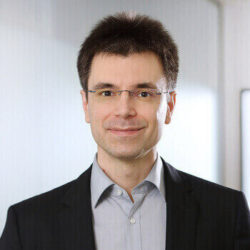