Bitcoin Wednesday will host a town hall-style meeting with Jon, COO of ShapeShift, arguably one of the industry’s most successful web applications, on 6 June, 2018.

Jon has been involved in the management, operations and technical development of web applications for more than 15 years.  In 2014 he began collaborating with Bitcoin entrepreneur Erik Voorhees on ShapeShift, which has grown into one of the world’s largest and best-known services for exchanging digital assets. Jon got his start in web development by helping to launch one of the world’s first competitive online gaming web sites while at the same time working as Operations Manager and team lead for an enterprise software development company.

Due to his role in building ShapeShift into an internationally recognized brand, Jon appears regularly at international conferences, as well as on television and radio.  For Bitcoin Wednesday he will, among others, answer questions on the following subjects: 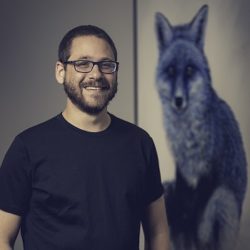