The Future of Energy on the Blockchain

The Bitcoin Wednesday program on 5 October, 2016 will explore a number of ways that distributed ledger technology can be applied to the energy market.  All of the speakers will participate in a panel discussion about the future of energy on the Blockchain.

The sessions will be chaired by Jos Röling, senior IT architect at IBM with a focus on the Internet of Things and the Blockchain in energy and utilities.  He will also give an introduction to some of the opportunities and risks that the Blockchain presents to the energy industry.

Jos previously gave a talk during Bitcoin Wednesday on 3 August 2016 called “Blockchain in Practice” that addressed the impact of the Blockchain on various industries, including the energy sector.  While he believes that permissionless blockchains will have limited applications in the industry in the short term, he is intrigued by the pace of innovation in the field. 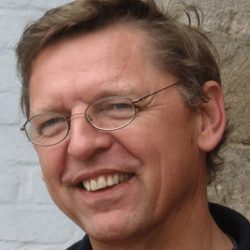