Scheduled to speak during Bitcoin Wednesday’s 2-year anniversary conference on 1 July 2015 is Australian director of Vaultoro Joshua Scigala.  He will talk about:

Josh is a bitcoin early adopter since 2010 who lost a fortune during the notorious collapse of the MTGox Bitcoin exchange. That unfortunate experience inspired him and his brother Philip to create a Bitcoin exchange that the duo hope will be a model of transparency.

The service is called vaultoro.com, based in London and Berlin.  It is among the first real-time bitcoin gold trading platforms that aims to allow its users to hedge bitcoin volatility without a bank account and without having to touch fiat again.

“The reason I got into bitcoin was to exit the centrally controlled debt based currencies,” Josh said. “By pricing bitcoin in gold instead of fiat we are moving a lot further away from legacy currencies to more market-based ones, that are spent into existence and not lent into existence.”

Josh told Reuters in an article published on 16 June 2015 that his company had seen a 124% increase in Internet traffic from Greece over the last two months, which may be linked to concerns about Greece leaving the Eurozone. He is quoted as saying, “Some people aren’t waiting for the government to figure out an exit plan and are doing it for themselves.”

Josh previously worked as an app designer and a television producer in Australia sharing credits to such hits as The Big Bang Theory, 24 and Australian Idol.  Now with Vaultoro, the company is currently developing technology in transparency, blockchains and multisig hot wallets to protect against theft.

Despite suffering such large losses in MTGox, Josh is against strong regulations. He believes that available technology can protect consumers and make many of the regulations proposed completely unnecessary.  He is also known as an evangelist for transparency in the bitcoin community. 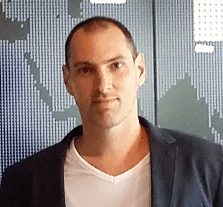