Bitcoin Wednesday on 7 March 2018, Julian Zegelman, Managing Partner at corporate and securities law firm Velton Zegelman PC, will give a presentation on the trends in international securities laws that may govern future token distribution campaigns in 2018.

While the $3.7 Billion raised through ICOs in 2017 has already outpaced all early stage tech worldwide combined**, there are signs that this number might even increase this year. At the same time, interest from regulators has intensified.

Julian writes, “We’re seeing a lot of traditional market players launch their own funds in parallel to their existing businesses, which motivates them to get better at the legal questions.”

Julian currently acts as company’s counsel for a number of high profile token sales ranging from Singapore to Delaware.  His practice focuses on the emerging field of cryptocurrency law alongside the traditional areas of venture capital, corporate and securities law.  He is an advisor to numerous blockchain companies and is also a Founding Partner at TMT CryptoFund, a $60 million VC fund focused on blockchain-driven startups.

Velton Zegelman is a boutique firm with offices in San Francisco and Sunnyvale California as well as Moscow.  Earlier in his career, Julian was a co-founder and General Counsel of Rolith, Inc., where he focused on fundraising, corporate development, and legal affairs.  During his tenure at Rolith, Julian raised multiple rounds of venture capital financing, completed strategic technology deals with large corporate partners, and negotiated inbound and outbound licensing of intellectual property.  Rolith was acquired by MetaMaterial Technologies, Inc. in May 2016.  He received his B.Sc. in Biochemistry from University of California San Diego and his J.D. from University of Minnesota.

** In February 2018 The Wall Street Journal reported the number to be $6.5 Billion for worldwide token sales in 2017. 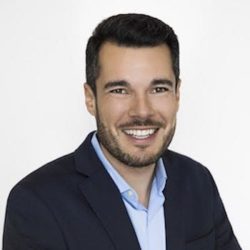