Bitcoin Wednesday will host a town hall-style meeting with Swedish Bitcoin Core developer Kalle Alm on 5 June, 2019.  Kalle is a lead developer at the Tokyo-based Digital Garage, which builds blockchain solutions, including contributions to Bitcoin Core.

Kalle has given presentations on:

He previously worked as an IOS developer as well as the lead game developer for Mortalis Victus for Skotos Tech.  He has Masters degrees in Computer Science from KTH Royal Institute of Technology in Stockholm and Keio University in Tokyo. 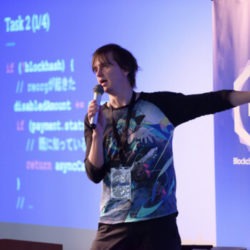