Ken Shishido is an early-stage investor in Breadwallet, Yours, Stashcrypto and other cryptocurrency-related projects.  He is also an organizer of the Tokyo Bitcoin Meetup group, established in 2011, one of the world’s oldest.

On 5 July, 2017, Ken will personally deliver Bitcoin Wednesday birthday greetings from the Japanese Bitcoin Community with a brief overview of the experiences of the Blockchain sector in a country where Bitcoin was recently officially recognized as a currency.   A similar proposal in The Netherlands was fiercely debated and defeated in court a few years ago.  Concern remains today that classifying Bitcoin as money could result in a restrictive regulatory regime that would fail to recognize the non-financial applications of the technology.

Ken’s background is sales and business development of enterprise telecommunications services for a large telco operator in Japan. He was also a candidate in the lower house of parliament election of 2012 representing Tokyo (District 5) and Hiroshima (District 3).  He came to the sector mainly with political motives and wants to make the world a better place with Bitcoin. 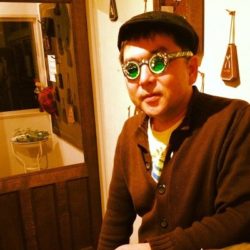