Bitcoin Wednesday’s 5-Year Anniversary edition is proud to present one of the pioneers of IoT & Cryptocurrency, Kenichi Kurimoto, the CEO of Nayuta.  Kenichi’s team at Nayuta began R&D of their first system in 2014, which was conceived as an integration of Internet of Things technology with Bitcoin.  Their aim is to build solutions that create a better society by combining Bitcoin with IoT.

Kenichi and his co-workers are presently designing products that integrate Bitcoin’s 2nd layer technology, the Lightning Network, with the latest generation of Internet connected devices.  In his talk Kenichi will demonstrate Nayuta’s products, and present:

In addition, Kenichi will also discuss Nayuta’s vision and future objectives.
Before he founded Nayuta as a IoTxBlockchain company in 2015, Kenichi Kurimoto spent more than a decade with the development of SoC (System on Chip) technology, including the creation of IoT applications for Android.  At that time he discovered the potential of the combination of IoT and cryptocurrencies, and began to study Bitcoin.  In addition to his role as CEO of Nayuta, he is also the director of the Smart City Division of the Blockchain Collaborative Consortium in Japan and the author of the book Hardware and Software Co-Design on The FPGA Kit. 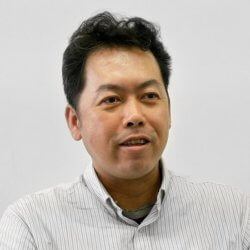