Kleitia Zeqo will speak at Bitcoin Wednesday on 3 February 2016 on the topic of crowdfunding and its multiple mechanisms.

The concept of crowdfunding will be familiar to anyone who follows Bitcoin Wednesday: Digital currency is increasingly issued through crowdsales.  Blockchain technology drives the decentralization of funding for new software to improve the way we live, transact and communicate.

Kleitia is an expert on European crowdfunding, with a particular focus on research, innovation and culture.  She advised the European Commission on crowdfunding policy, and is now working as an independent crowdfunding advisor.  She earned a Master’s degree in political science from the London School of Economics. 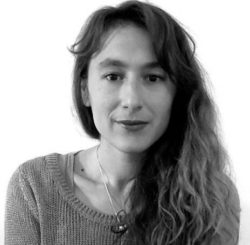