As events throughout 2017 have shown, cryptocurrency prices can change suddenly and unpredictably in ways that can have dramatic effects on anyone using them. During Bitcoin Wednesday on 6 December, 2017, the co-founders of STABLE, Krzysztof Kolaczynski and Maciek Kolodziejczyk, will give a presentation on cryptocurrency price volatility, the token markets and their activities in them.

STABLE is one of the first projects dedicated to reducing pricing inefficiencies in digital token markets through arbitrage.  By reducing dramatic price swings in cryptocurrencies they believe they can play a leading role in driving their much wider acceptance.

There are couple of types of inefficiencies in digital token markets that STABLE project will attempt to close:

The STABLE project began selling their token, STB, in September 2017 and already have their infrastructure, both hardware and software, up and running.  It currently has a market cap of $388,000, and will begin selling more tokens at the start of 2018.  As Krzysztof explains, “Whenever we have interested clients we can mint new STB tokens.  Just like in a fund where there are subscriptions and redemptions.”

With this approach STABLE aims to be one of the most fair cryptocurrency funds: It raises money based on the fund’s historical performance, growing in relation to its past success.  Also, unlike other similar projects, 100% of the ETH raised is working for investors.

“There is no further development pool or fund.  We do not take money from clients up front,” Krzysztof says.

Krzysztof Kolaczynski has 15 years experience in the financial industry. He started his career as an FX Dealer at Raiffeisen Bank Poland, where he was responsible for conducting Foreign Exchange and Interest Rate transactions with the bank’s clients. The vast majority of such transactions were for FX hedging.  He later held similar positions at affiliates of Commerzbank and Banco Santander Group.  He also worked as Structured Products Manager, responsible for the implementation of FX Options, Interest Rate Swaps and customized hedging strategies.  In 2007, he became Deputy Director and Chief Market Strategist in private banking, where he executed trades with investment banks on all major asset classes: equities, commodities, FX, interest rate, freight indices, CDS and sovereign and corporate bonds.  He also developed one of the first synthetic bonds. In 2012 he joined Investors TFI, a Polish fund management company, as Portfolio Manager of two unique funds that he developed from scratch: a fully systematic and algorithmic fund and a fund of hedge funds. Since 2016 he has been working for the Liechtenstein-based hedge fund AIMHedge in its Research & Development Department where he specializes in systematic, quantitative trading, especially in the volatility and index arbitrage field. He has been an active cryptocurrency miner and investor for the past couple of years, and holds a Master Degree from the University of Gdansk.

Maciek Kolodziejczyk started his career with Procter & Gamble, where he became Corporate Finance Manager, Chief Accountant and Treasurer, responsible for 1 billion USD operations in Poland and the Baltic countries. In early 2007 he became an independent trader focusing on investments in precious metals. In 2012 he joined Investors TFI, where he served as a Portfolio Manager. He is an expert on monetary metals and has managed multiple mutual funds, including three precious metals funds that have 85% market share and over 100 million USD of AUM (Assets Under Management), dominating the Polish precious metals mutual funds market. He has been an investor in cryptocurrencies since June 2011, when one Bitcoin was still worth 20 US dollars. He has an MBA from the University of Minnesota and an M.A. in Finance from Warsaw School of Economics. He also studied Philosophy and Ethics at the University of Warsaw. He is a Level II Candidate for the Chartered Financial Analyst (CFA) designation. 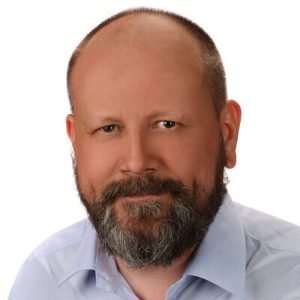 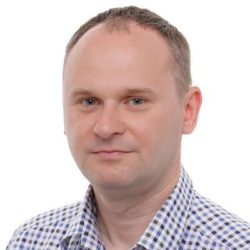