Lior Yaffe, a core developer for NXT will be flying in from Israel for Bitcoin Wednesday on 2 March, 2016.  Among the more than 500 alternative digital currencies that currently exist, NXT is one of the innovators.

Lior will talk about how simple, first-generation cryptocurrency systems like Bitcoin have evolved into the second generation, the so-called Bitcoin 2.0 platforms. He will discuss the evolution of cryptocurrency to more generalized blockchain technology, and will compare and contrast the best-known examples with NXT. More importantly, Lior will give an overview of potential and in many cases actual applications of second-generation digital currency systems.

Lior has 18 years experience in designing and developing complex, distributed applications and 9 years in leading development teams. He is also the author of several software patents, and an expert in Java programming and scaling distributed applications. He holds a degree in software engineering from the Technion Institute of Technology in Haifa.

The video of two talks given by Lior can be seen here. 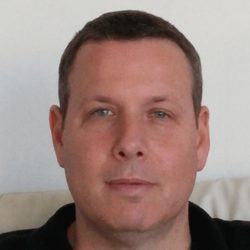