During Bitcoin Wednesday on 7 February, 2018, Lotte Houwing of the Public Interest Litigation Project (PILP) will talk about fighting mass surveillance with strategic litigation.  The Dutch Intelligence and Security Services Act, also known as the Sleepwet, dramatically increases the capacities of the Dutch intelligence services.  For example, it allows:

Lotte Houwing is a file coordinator for the Sleepwet at the Public Interest Litigation Project, a five-year project of the NJCM.  The NJCM is The Jurists’ Commission for Human Rights in The Netherlands, which belongs to the International Commission of Jurists (the ICJ) an organization that protect human rights through the Rule of Law.  Lotte is completing a research Master’s desgree in law at the University of Groningen and also works at the Transnational Institute, a think-tank based in Amsterdam where she conducts research on the Sleepwet and helps coordinate the campaign against it. 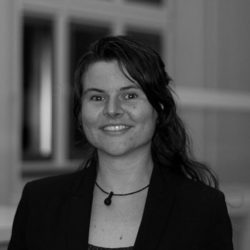