Meet Lyn Ulbricht, mother of Ross Ulbricht, during Bitcoin Wednesday’s 84th conference live stream on 3 June 2020.  Lyn’s son Ross Ulbricht was sentenced to life in prison without the possibility of parole for his involvement in the notorious Silk Road marketplace. In her appearance at Bitcoin Wednesday, Lyn will give an overview of Ross’ case, discuss his impact on Bitcoin and answer your questions.  She’ll also talk about an essay Ross wrote for Bitcoin’s 10-year anniversary.

Silk Road has made an indelible impact on the industry, garnering headlines for Bitcoin in mainstream media that had often initially ignored it.  The first modern dark web market, it allowed users to buy illegal goods and services with Bitcoin, resulting in an estimated $1.2 billion in revenue and $79.8 million in commissions.  Investigators claimed that 70% of the products sold were for illegal drugs, although art, clothing, books, jewelry and other innocent items were also purchased on the platform.

Bitcoin Wednesday held a Silk Road edition of the conference in 2015, and covered the legacy of the marketplace in a series of articles:

Is Bitcoin Anonymous? The Legacy of Silk Road Part 3

Since Ross’ arrest in 2013, Lyn Ulbricht has worked as an advocate for her son.  She has appeared at numerous events and on dozens of TV, radio and podcast shows, including Reason TV, CNN, HuffPost Live and Fox.  She has also given interviews to the New York Times, Wall Street Journal, Forbes and The Guardian.  She is featured in the documentary Deep Web, is a guest lecturer at the University of Southern California and has a degree in journalism from the University of Missouri.  She aims to direct awareness beyond the sensationalism in order to show how Ross’ case impacts freedom in the digital age.  When not working to gain signatures for Ross’s clemency petition, Lyn focuses on raising funds through freeross.org. 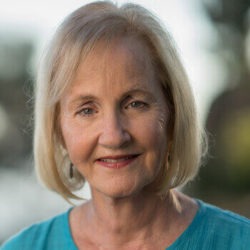