During Bitcoin Wednesday on 3 April, 2019, Maarten Geerlings and his colleague Adrijan Šćekić will give a demo of Cryptotag and talk about the risks of safely storing cryptocurrency.  Cryptotag is a backup system for private keys that allows you to engrave them into solid Titanium plates.

I started to get interested in Bitcoin in 2016, and by the middle of the year began experimenting with a little bit of money.  During that time I learned a lot about different coins, platforms and applications.  Media has always been my passion, but as I began learning more about cryptocurrency, I found that this new subject was also becoming one.  When I had a chance to found Cryptotag with Adrijan it felt like the right step for me.  When we discovered that there was a market for a premium key backup solution, we decided to make one, but actually building it was not easy.

Before Cryptotag Maarten founded a production company that produced cultural events that included debates, hiphop workshops and radio programming for young people.  He has also worked as a radio DJ and, more recently the director of radio station FunX that broadcasts music for young people between the age of 15 and 34.  He earned a degree in Accounting from the University of Amsterdam in 2009.  Next to his work on Cryptotag, Maarten is also the Founder of Onvermeld, a website that allows consumers to buy products online completely anonymously. 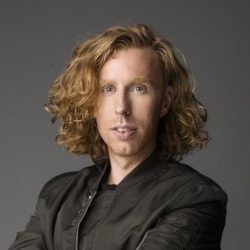