A leader in sustainability and impact investing and co-founder of the B Corp Movement, Marcello Palazzi will speak at Bitcoin Wednesday on 5 December, 2018. B Corp certifies organizations for their social and environmental performance, and currently numbers more than 2,600 distributed across 150 countries and 60 industries.

With cryptocurrency markets at their lowest level in more than a year, it’s a good time to focus on mission, not just money.  What benefits will decentralization bring?  What makes it instrumental for civic economies and civic enterprises?  Marcello is the inventor of both terms, which he coined in his book Towards The Civic Economy (1989). He is also Chairman of Solaris Sunpower, a company based in The Netherlands that is specialized in improving solar energy technology.

In addition to his roles with B Corp and Solaris Sunpower, he is the founder of the Progressio Foundation, a nonprofit dedicated to sustainability and social impact, and chairman of SIX, an international social innovation exchange that applies technology to solving global challenges. He also holds degrees from Harvard, Stanford, Erasmus, London Business School and London School of Economics.  He is a pioneer in corporate social responsibility, sustainability, public-private partnerships, ethical investments and social enterprise and has contributed to projects in more than 33 countries. 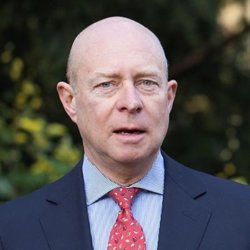