On Wednesday, 4 March 2015 Matthijs Pontier, leader of the Dutch Pirate Party, will visit Bitcoin Wednesday for the “Silk Road” edition, and present us with his vision for the future regarding cryptocurrency technology and the notorious underground marketplaces that they are believed to facilitate. He currently serves as party leader for the Piraten Partij (the Dutch Pirate Party) in the European Parliamentary elections and is a party candidate for Amsterdam and North Holland.

In addition to his work for the Pirates, Matthijs is considered an expert on the subject of technology and  ethics as well as drug policy.

Born and raised in Amsterdam, he studied Artificial Intelligence and Cognitive Psychology at the VU, and received his Ph.D. on the subject of “Virtual Agents for Human Communication.”  As a journalist he’s covered drug policy, politics, privacy, robotics, science and ethics and often gives dynamic talks on these subjects.  He has been particularly outspoken against the misuse of personal information by banks and government.

Matthijs also very actively supports the acclaimed Unity drug education project where he works to reduce the harm of recreational drug use on young adults.  Unity has been a fixture of the Dutch nightlife scene since 1996.  It seeks to distribute knowledge about drug safety, minimize risk of drug abuse and promote recovery with a team of well-trained volunteers.

On Matthijs’ Facebook page he lists Aldous Huxley’s “Brave New World,” with its portrayal of the fictional hallucinogenic drug, soma, as one of his favorite books. 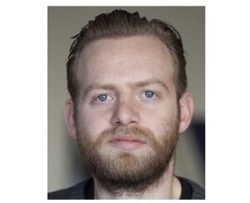