Michael is founder and CEO of enterprise blockchain and ICO consulting and development firm, MLG Blockchain. He is also the founder and CEO of Bitcoin Canada, sits on the board of directors of the Blockchain Association of Canada, is an advisor and investor in several prominent blockchain ventures and writes for Bitcoin Magazine in addition to several other fintech publications.

Michael has also helped organized annual events which introduce thousands of people to their first bits and to the disruptive potential of blockchain technology. Some of these include the Bitcoin Airdrop, Blockchain Education Month, Blockchain Madness, Blockchain Gauntlet and BitCrawls.  He holds a degree in Entrepreneurship, Marketing and Information Systems from the Desautels Faculty of Management at McGill University, where he founded the McGill Cryptocurrency Club and co-founded the McGill Students Fintech Association. After graduating, he made the first donation of bitcoin to the McGill Alumni Association. 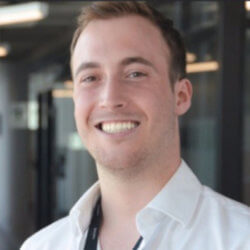