What Cryptocurrency Does To Venture Capitalists

During Bitcoin Wednesday on 1 August, 2018, we’ll hear from Michael Jackson of Luxembourg-based Mangrove Capital Partners on how ICOs disrupt the business of VCs.  Michael is the former COO of Skype, and currently serves as non-executive director of Blockchain.com, the world’s largest online wallet provider.  The founders of Blockchain.com gave him his first bitcoins many years ago.  In 2014 he wrote an opinion piece for Coindesk about Bitcoin and regulations which is a must-read on the subject.

Since 2018 began, the world has changed.  The ICO has come and is staying.  As a VC, I can talk about how the ICO is a gamechanger for the venture capital industry, and as the former COO of Skype I can reflect on the differences and similarities between growing Skype, one of the world’s largest distributed networks, and cryptocurrency, which eventually probably will be.  I will also present some thoughts on how crypto becomes accessible for normal people.

In addition to his work at Mangrove, Michael is an active member of the European startup scene, and a board member of several companies, from new startups to AXA, one of the world’s largest insurance companies. Michael has seen companies grow from zero to hundreds of millions in turnover, and led the operations of all of Skype’s revenue-generating activities for its first four years as the company’s COO. Prior to Skype, he worked for eight years for Tele2, where he created the concept of the mobile virtual network operator or MVNO.  There he led the build up and launch of mobile operations in 9 countries across Europe and had responsibility for turnover of more than 100 million euro, within a listed company turning over 2 billion, with 26 million customers.  He has held a board position at Blockchain.com since 2016, and is closely connected with some of the most aggressive projects in the cryptocurrency industry. 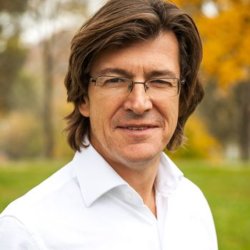