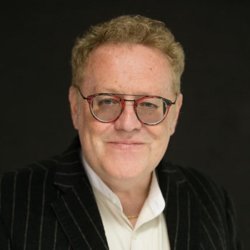 For Bitcoin Wednesday’s 5-Year Anniversary on 4-5 July 2018, Michael Terpin, CEO of the Transform Group, will talk about how big businesses have begun to embrace the digital currency revolution. He believes there will soon be a race into cryptocurrencies by the biggest brand names in tech and consumer products that will make the dot-com era look like child’s play.

Many of the same Bitcoin users who were recently painted by the media as speculators and drug dealers are now respected for sticking to their holding and trading strategies.  It also wasn’t long ago that ICOs were considered scams or Bitcoin imposters, but now that $9 billion has been raised in the first half of 2018 alone, some of the biggest names on Wall Street are quietly circling back to see who can launch a token that can propel their enterprise to the next level.  Facebook coin? Amazon dot coin?

Michael is a seasoned serial entrepreneur and marketeer who has ridden the waves of the PC / multimedia era from dot com to social media and now to Bitcoin and blockchain, which he sees as the biggest disruption yet.  He is the founder and CEO of the Transform Group.  Its divisions include:

He is also an investor and advisor to many blockchain, media and technology companies, including Blockchain Terminal, Polymath, Purse.io, ShapeShift, and VideoCoin. He is a general partner and chairs the ICO investment committee of the Alphabit Fund, a digital currency fund registered on the Cayman Islands with $300 million in assets under management.  He also co-founded BitAngels, the world’s first angel network for digital currency startups in May, 2013, and Aspire, a blockchain platform for digital asset creation scheduled to do its token generation event in 2018.

Michael was previously founder of Marketwired, one of the world’s largest newswires, which was acquired in 2006 and later sold to NASDAQ for $200 million.  He also co-founded Direct IPO, one of the earliest equity crowdfunding companies.  His first PR company, The Terpin Group, represented many early Internet companies, including Earthlink, America Online, Match.com and The Motley Fool.

He earned an MFA from SUNY Buffalo and a dual BA in journalism and English from Syracuse University, where he serves on the board of advisors at the top-ranked Newhouse School of Public Communications. 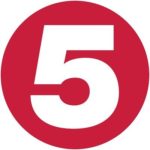 Michael Terpin is the founder and CEO of the Transform Group. He is a general partner and chairs the ICO investment committee of the Alphabit Fund, a digital currency fund registered on the Cayman Islands with $300 million in assets under management.