Imagine a project that rewards miners for providing virtual desktops to users around the world; that’s the proposition of YCombinator startup Sixa.  During Bitcoin Wednesday on 2 May, 2018, Sixa’s CEO Mykola Minchenko will talk about blockchain tech as a great enabler for decentralized software and computer processing.

The world is entering a new phase of decentralized computing via a distributed cloud.  Sixa aims to make this peer-to-peer collaboration possible on a massive scale.

To get the processing power needed, our app finds the closest and most appropriate computers on the network and is able to deliver the computing resources with a much greater geographical coverage and a dramatically lower price than traditional cloud services.  Renting computers might not only allow users to save money, but could also give access to users who couldn’t previously afford it.

Mykola is an experienced tech founder who started developing software at the age of 11.  He helped develop a communication system for the Ukrainian army at the beginning of the military conflict in 2014; it was an Android app for secure mesh networking, voice, text messaging and file sharing between mobile phones using wifi without the need for a SIM or any infrastructure such as mobile cell towers, wifi hotspots or even Internet access.  Before Sixa, he worked for British Petroleum and was a co-founder of Almareks, an object recognition SaaS startup which was acquired by Motorola in less than three years. He has been a user of heavy virtualization since 2002. 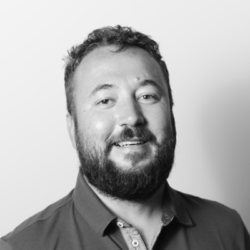