Technology evangelist, traveler and teacher Niel Ryan is in the business of presenting information in a way that makes it accessible to anyone regardless of their native language or literacy level.

During the pre-conference dinner at Bitcoin Wednesday on 3 August 2016, Niel will talk about technology adoption and his upcoming educational book about Bitcoin.  Niel worked for 10 years as a Technology Adoption Manager at British Telecom and for the past six years as an educator. He has lived in England, China, Kazakhstan and The Netherlands. He is currently a computer science teacher at the British School in The Hague.

Niel has lived in England, China, Kazakhstan and The Netherlands and enjoys hacking together HTML in his spare time. 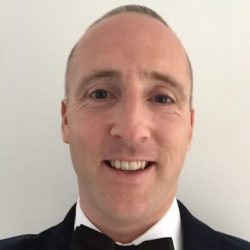