For Bitcoin Wednesday on 7 February, 2017, Nine de Vries will participate in our coverage of the Sleepwet.  Nine is a project officer for Amnesty International’s Security and Human Rights Program in the Netherlands.  She focuses predominantly on state-sponsored communications surveillance and will present her organization’s main criticism with the Dutch Intelligence and Security Services Act of 2017.

“I’d like to highlight Amnesty’s main concerns,” she writes:

Two of the biggest consequences of the Sleepwet are that it enables undirected, massive dragnet interception throughout the country and real-time access to databases so that very large segments of the population could be under surveillance at any time.

Nine has a degree in European and International law from the University of Groningen. 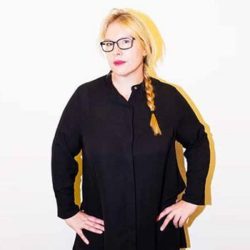