Oscar Kneppers is CEO and founder of Amsterdam’s Rockstart, which has one of the best-known intensive programs for startups in The Netherlands.  During Bitcoin Wednesday on 7 October, 2015 he will give a presentation about Rockstart Accelerator and its recent interest in working with entrepreneurs in the digital currency sector.

Kneppers is a serial entrepreneur responsible for creating the first Dutch Internet magazine Net Magazine for IDG in 1994 followed by Webwereld in 1995.  In 1998 he launched his own title, Emerce, which he sold to VNU Business Publications in 2003, and which has become one of the country’s most-recognized brands for Internet  and E-commerce.  A few years later he created Bright, a cross-media publication for digital lifestyle, technology and innovation, which he later sold to Dutch publisher NDC|VBK.

At that point in his career he turned his attention to building Rockstart.  “I had twice started something from nothing and I did not want to do it again,” Kneppers explained to Robin Pascoe of Dutch News. “I decided to help others start up instead.”

Oscar lives in Amsterdam with his wife and two children.  Aside from his work with Rockstart he is an accomplished Kundalini yoga instructor and teaches 3 classes per week, including one session at Rockstart for startup founders known as “Startup Yoga.”

In addition to Rockstart’s 150-day Accelerator program, which is run from their offices in Amsterdam and Singapore, his company also offers Rockstart Impact, to help startups in the developing world, Rockstart Spaces, which provides office space and facilities for startups,  and Rockstart Answers, an event for sharing information about entrepreneurship. 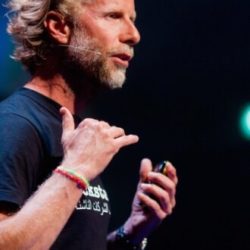