During Bitcoin Wednesday on 4 May 2016, Pascal Van Hecke will talk about smart contracts on the Ethereum platform.  His presentation will cover the following topics:

Pascal was a senior technical consultant at Innopay, where he primarily worked on digital identity projects.  Before this he served as a software developer, seminar organizer and privacy specialist.  He is currently involved in the standardization of digital signatures for eHerkenning, the Dutch B2Gov identity scheme.

Pascal has been following Bitcoin since 2011 and has been interested in Ethereum from its start in 2014.  He gives introductory talks about smart contracts and identity, and helps organize Ethereum developer meetups.  His website has more information. 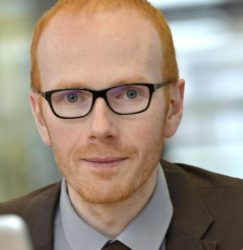