Patrick Dai, CEO and co-founder of Qtum, will join us for the live streaming of our 84th Bitcoin Wednesday conference on 3 June, 2020. Qtum is a proof-of-stake blockchain platform that combines features of both Bitcoin and Ethereum, namely Ethereum’s Solidity smart contracts with Bitcoin’s model for recording unspent transactions, which prevent the same coins from being spent twice.

In his presentation, Patrick will share his eight years of personal experiences in the blockchain industry. He will also talk about the past present and future of Qtum. His presentation will include:

Qtum’s objectives, and why the Qtum project started;

Technologies Qtum has in R&D right now; and

The future of Bitcoin and the industry.

Patrick was featured in Forbe’s China’s 30 under 30 in 2017.  He graduated from Draper University and dropped out of his doctoral degree program from the Chinese Academy of Sciences.  He left the Academy to pursue opportunities in the private sector.

He previously worked for Alibaba as Product Developer, CTO of VeChain and CTO of mining company Bitse Group. He also served Factom as a Technical Advisor. He has been working in the industy since 2012. Patrick is best-known for his work at CEO of Qtum, which he has spent more than a year developing. 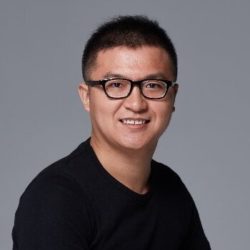