In what is guaranteed to be a thought-provoking, inspiring session, renowned Bitcoin researcher, Paul Sztorc, will present his thoughts on prediction markets for Bitcoin Wednesday’s 5-Year Anniversary Edition.  Paul is one of the world’s foremost authorities on this topic and a leading thinker on the subjects of merge mining and drivechains. He is also the founder of BitcoinHivemind, a prediction market built on a sidechain of Bitcoin.

We know that Bitcoin is good at being money. We also know that many attempts to re-use blockchain technology have failed.

But in this talk I will discuss something that has drawn the interest of Adam Back, Roger Ver, Vitalik Buterin, Dan Larimer and many others — cryptographic tokens whose value (in BTC) is deterministically linked to real world (i.e. non-blockchain) events. The technicals are on my website.

In this presentation I will cover one real-world use-case in particular: futarchy, which is a forwards-compatible “soft fork” of democracy that solves the problems of [1] attention and rational ignorance, and [2] the crippling problem of “elect-ability” (democracy’s greatest flaw).

Paul discovered Bitcoin in 2012 and is a major proponent of sidechains.  He has worked to implement Drivechain which potentially improves the consensus mechanism behind side chains.  He has also contributed two Bitcoin Improvement Proposals (BIPs), one on hashrate escrows, and a second on blind merge mining.

In 2013 and 2014 he designed blockchain prediction markets, and taught this design to Dyffy, the organization which would later split into Augur and Gnosis.  He spoke at Scaling Bitcoin conferences 1-3, and served on the program committee for Scaling 4.  He is an advocate of Proof of Work, and has published a widely-read essay called “Nothing is Cheaper than Proof of Work.”  He is also a frequent guest on Vortex’s “The Bitcoin News Show”, “DeRose Uncensored” and “Bitcoin Uncensored”.

In 2010 Paul earned undergraduate degrees in Economics, Psychology, and Math and an MBA in finance from Case Western in Cleveland. From 2012-2015 he worked as a statistician for the Yale Economics department, until Roger Ver suggested that he quit and work on Bitcoin full time. He joined Bloq in March 2016, and became Tierion’s Director of Research in June 2018. 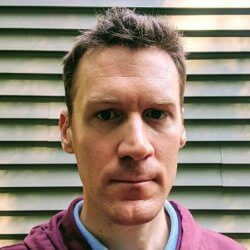