At Bitcoin Wednesday on 1 February 2017, Pavel Kravchenko, the founder of Distributed Labs, will talk about the future of the banking and payments industry.  The key idea is if internet is powered by open-source and free software and protocols, including the blockchain, the banking ecosystem will adopt the same principles.  Pavel’s project openbankIT was built according to this philosophy and is currently being integrated in banks.

Pavel has previously spoken at Bitcoin Wednesday in his role as cryptographer for the cryptocurrency Stellar.  Since then, he has served as Chief Cryptographer for the Singapore-based Tembusu Terminals that used the blockchain to deliver know your customer systems that protect privacy.  He is also vice chancellor of the Kharkov National University of Radioelectronics and an advisor to the blockchain content distribution platform, Decent. 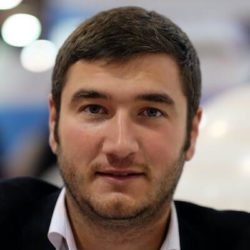