Peter de Ruiter is a writer, photographer, publisher and communications expert.  His work appears in the online news magazine, Follow the Money, among other publications.  During Bitcoin Wednesday on 4 November 2015, Peter will discuss the role of the Dutch banks in the digital currency sector.

Peter likes to explain sensible innovations to a broad audience and writes about subjects as diverse as digital photography, ebooks, human rights and electric cars. Now he has set his eyes on bitcoins. Since he has his own publishing house, he accepts bitcoins for books. “Because when you want to disseminate innovations, there is no better way to understand the process and be credible at the same time: practice what you preach!”, Peter says.

He is currently working on a book about freedom of the press and has recently launched the app Blockheads about Bitcoin and the blockchain. 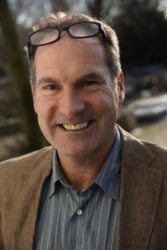