Scaling Bitcoin to a Billion Users with Enhanced-SPV Wallets

For the 4th anniversary edition of Bitcoin Wednesday held on 5 July 2017, Peter Rizun, Chief Scientist for Bitcoin Unlimited, will talk about his organization’s solution for scaling Bitcoin.  Bitcoin Unlimited provides software used by about 40% of the Bitcoin network’s mining power.  This software aims to solve the block size controversy by giving miners the ability to signal their support for a larger block size, an approach that has been repeatedly rejected by Bitcoin Core.

Peter will also introduce the concept of enhanced-SPV wallets that allow users to verify their own transactions and identify fraud on the Blockchain at any scale, using only low-bandwidth mobile devices.

Transaction volume on the Bitcoin network grew exponentially from its inception in 2009 until recently.  In 2016 transaction growth stopped due to the “1 MB block size limit” — a temporary protocol rule added in 2010 to prevent a malicious miner from mining blocks full of bogus transactions, hundreds of times larger than real demand.  This protocol rule constrained network throughput to approximately three transactions per second.  When real demand rose above this level, the miners could no longer meet it, leaving many transactions unconfirmed for days.  Competing to get their own transactions confirmed quickly, users bid up transaction fees from pennies to several dollars, making bitcoin unsuitable for many use cases.
Despite the high fees and unreliable confirmation times, concern exists that continued growth in transaction volume could result in Bitcoin losing its peer-to-peer nature, due to users no longer being unable to verify their own transactions or to identify fraud on the Blockchain.  Some argue that the temporary 1 MB rule constraining throughput ought to be made permanent, and that “second layer” networks ought to be used to meet the increasing demand for transaction processing.  In this talk, I will argue that the fears of increased transaction throughput are unfounded and that current technology can facilitate continued exponential growth to a billion users each making two transactions per day, and beyond.

Peter Rizun is a physicist and entrepreneur living in Vancouver, Canada.  His research focuses on the properties and emergent phenomenon of the Bitcoin Network.  He is also the co-founder and co-managing editor of Ledger, the world’s first peer-reviewed academic journal dedicated to cryptocurrency research. He was the recipient of the $105,000 Natural Sciences and Engineering Research Council (NSERC) CGS Doctoral Award and was recognized as a “Leader of Tomorrow” by the Alberta Science and Technology Foundation (ASTech). He holds a B.A.Sc. degree in Engineering Physics from the University of British Columbia and a Ph.D. in Medical Physics from the University of Calgary. 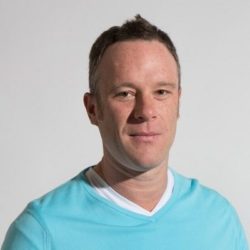