Pierre Rochard is the founder of the NY-based Bitcoin Advisory, where he advises institutions on Bitcoin as an investment.  For Bitcoin Wednesday’s 5-year anniversary edition on 4-5 July, he’ll present the investment case for Bitcoin.  With the price of a single Bitcoin hovering around $6,500 as of June 2018, less than a third of its record high back in December 2017, experts have been struggling to explain the cryptocurrency’s value.

Pierre Rochard is an authority on the topic.  He has been involved with Bitcoin as a researcher, investor, and software developer since February 2013. He co-founded the Satoshi Nakamoto Institute to curate the best primary source literature on Bitcoin and cryptography. In addition to helping to develop Bitcoin software, Pierre is an outspoken advocate for Bitcoin’s decentralized governance. He began co-hosting the Noded Bitcoin Podcast in 2017. 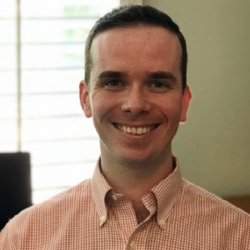