Following last month’s successful presentation by Evan Duffield, Bitcoin Wednesday has another speaker from the world of Dash on the program for November 4:

Pieter Jan Bakhuijzen is a leading member of the Dash community and a specialist in managing infrastructure for the Dash network.  He is currently also introducing the cryptocurrency to Brazil.

Wired U.K. called Dash “Bitcoin’s nefarious cousin” because, unlike Bitcoin, transactions made with Dash are designed to be anonymous.  Originally launched in January 2014, Dash is the currently the 5th largest alt-coin with a market cap of  more than $13 million and a network of 3,281 nodes.  The Netherlands currently ranks as the world’s 4th largest country for Dash master nodes, after the US, Germany and France.

At Bitcoin Wednesday on 4 November 2015 Pieter Jan will give an introduction to the Dash ecosystem, including some of its most notable recent developments.

Pieter Jan is currently working as a network architect, focusing on network and security architecture and data center design.  He has worked for multinationals ABN Amro bank, Delta Lloyd, and Campina as well as for the Dutch Central Bank and the government of the province of Utrecht. Pieter Jan discovered the digital currency sector in early 2013 during the collapse of Silk Road.  He is interested in digital currencies, economics, the Internet of things and security.  In his spare time he flies drones. 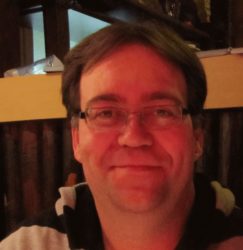