Bitcoin Wednesday on 3 October, 2018 marks the return of Professor Jeremy Pitt of Imperial College London, an authority on self-organizing autonomous networks.  At Bitcoin Wednesday on 2 September, 2015 he gave an excellent, thought-provoking presentation that related the work of the Nobel Prize winning economist, Elinor Ostrom, to decentralized autonomous organizations, at the time a completely new development.

For this next event, Professor Pitt will address the subject of self-governance and democracy.  He writes:

In this talk, I want to address three issues: democracy by design (DbyD), an exemplar of DbyD in democratizing platforms for social coordination, and the critical role of axial currencies in such platforms.
Democracy by Design, like Privacy by Design, is an instance of value-sensitive design, which recognizes that many new socio-technical systems in the digital transformation require some form of collective self-governance. To ensure security and service provision, and to avoid tyranny in its various forms, the design of essential knowledge management processes should be guided by the eight principles of DbyD, which I will explain.

I will also illustrate the application of these principles in the design of social media platforms for social coordination. I believe there is a pressing need to develop an alternative, generative technology for social coordination in order to build configurable (and reconfigurable) platforms that support digital communities.  This technology will necessarily provide a democratic institutional infrastructure that is suitable for this new range of socio-technical systems.  At the same time I will explain why there is a need to enrich transactions within these platforms.  I appeal to computational axiology (the representation and manipulation of values in algorithmic or digital form) and the design of axial currencies in order to identify the factors involved in the recognition, creation, representation, integration and visualization of human values.

Professor Pitt’s research focuses on formal models of social processes using computational logic, and their application to self-organizing and multi-agent systems, for example in fair and sustainable common-pool resource management, computational justice and collective self-governance.  He is Professor of Intelligent and Self-Organizing Systems in the Department of Electrical and Electronic Engineering at Imperial College London, where he is also Deputy Head of the Intelligent Systems and Networks Group.  He is a Senior Member of the ACM, a Fellow of the BCS, and a Fellow of the IET, Associate Editor of ACM Transactions on Autonomous and Adaptive Systems and of IEEE Technology and Society Magazine. He has been an investigator on more than 30 national and European research projects.  He has strong interests in human-computer interaction, socio-technical systems, and the social impact of technology.  He has edited two recent books, This Pervasive Day (IC Press, 2012) and The Computer After Me (IC Press, 2014), and has published more than 150 articles in journals and conferences.

At Bitcoin Wednesday on 2 September, 2015 Professor Pitt offered an intriguing answer to the question of what will be the social significance of blockchain technology?  One of the most fascinating developments to arise from the digital currency revolution is the emergence of decentralized applications, organizations and communities. To most of the world who know about Bitcoin only as some kind of “Internet money,” these latest developments might still sound like science fiction. Yet, in reality, it is happening today.

In this talk Professor Pitt considered the use of blockchain technologies and cryptocurrencies to address self-organization and self-governance of digital communities. In particular, his talk explained how such communities can be used to address collective action situations, based on formal computational specifications of the theories of political scientist and economist (and Nobel Prize winner) Elinor Ostrom. For example, her institutional design principles can be specified in computational logic and directly executed as a form of community self-governance, with all contracts and conflicts recorded in a blockchain.

One of Ostrom’s principles for successful self-governing institutions was the minimal recognition of rights, which, Professor Pitt argues, in the digital sphere includes not just formalization of the legal concepts in algorithmic form, but also — given the ‘value’ of social capital to help resolve collective action problems — a kind of sovereignty represented by ‘ownership’ of that value. In a digital community we can represent that social capital with a cryptocurrency, although there is a potential downside, which is that formal representation of social capital in this way leads to commodification, which actually diminishes its value and quality to be leveraged as a community-oriented collective action problem-solving mechanism. 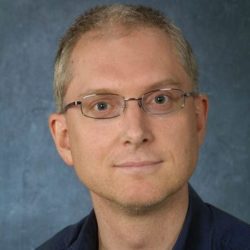