Bitcoin Wednesday on 4 September, 2019,will feature a presentation by one of the most accomplished innovators in the industry.  Cryptocurrency pioneer Alexander Vasylchenko, former CTO of Mycelium, will unveil his latest work as CEO of Sofitto, a startup he co-founded with Estonia’s LHV Bank.  LHV is the first bank to issue a digital euro stable coin, the Cuber, which was launched in mid-2015 with the approval of a European regulator.  During this talk, Alexander will demonstrate the first product to come from this joint venture with LHV: the Sugi card, an easy-to-use hardware wallet and hybrid NFC card that aims to integrate fiat payment features.  The card merges blockchain technology into a conventional banking card, a solution that provides an integrated store of value and enables hyper-secure data management with zero knowledge of the user’s data and no transaction costs.

The Sugi card will open blockchain advantages to the general public by being a hardware wallet that is always with you.  With this card we essentially enable a whole new range of applications on already deployed banking infrastructure.

Today we see a huge gap in the current user experience and the skills required to handle cryptocurrency. For example, try to explain to an average Joe who has been delegating his privacy and security hurdles to banks and other centralized service providers such as energy or telecom companies. We built this product to bridge the gap between current and necessary user habits because I strongly believe that Blockchain technology has to be adopted by a broader public.

Alexander’s presentation will show how the Sugi card combines fiat payment features with a hardware wallet without compromising security.  He will cover:

He will also explain:

Sofitto recently announced a card it is integrating with the Infinito cryptocurrency wallet which supports more than 2,000 cryptocurrencies as well as with the Bank of Lithuania’s blockchain-based LBchain platform.

Alexander appeared at Bitcoin Wednesday on 5 October, 2016, when he presented his work in bringing blockchain technology to the energy market, and he was the Session Chair for Bitcoin Wednesday’s 6-year anniversary on 3 July, 2019.  He has a PhD in electrical engineering from the Catholic University of Leuven, Belgium.

After three years with Mycelium between 2012 and 2014, he became the CTO of Grid Singularity, the developer of an open source platform based on blockchain technology that enables decentralized energy data exchange.  The Grid Singularity solution enables distributed and tamper-proof storage of energy data that gives full control of the information to the party who generates it.  Numerous applications — for example, energy data analysis, smart grid management, green certificates, energy trade validation, and investment decisions — can all be built on this decentralized platform.  At the Bitcoin Wednesday conference he discussed some of these examples and how they facilitate highly granular transactions for energy and renewable certificates. 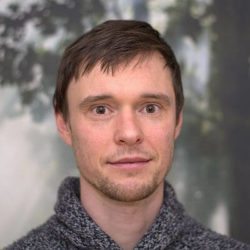