Benjamin Bollen is a core developer for MaidSafe, a decentralized cloud-based service for storing and distributing information. It is among the best known non-financial applications for cryptocurrencies and, like Ethereum, raised substantial pre-launch funding through a crowdsale.

The name MaidSafe is an acronym derived from “Massive Array of Internet Disks with Secure Access For Everyone.” The company was founded in 2006 and raised about $4 million during its early years. Then, in April 2014, MaidSafe executed a successful crowd sale in which an additional $7 million was raised in just five hours through the distribution of digital tokens called Safecoin. In the summer of 2014 Benjamin joined MaidSafe as a research engineer based at their headquarters in Glasgow, Scotland. He received his college degree in physics from the University of Antwerp in 2007, and obtained a Master’s degree from the physics department at Ghent University two years later, where he researched quantum mechanical phenomenon.

In advance of his appearance in Amsterdam Benjamin gave the following interview to Bitcoin Wednesday:

“I’m Belgian, and my home is in Brussels. After I got my Master’s degree in theoretical physics, I followed it up with research into the nature of quantum information with a specific application to efficient representations of strongly-correlated quantum many-body systems. In July 2014 I left university and moved to Berlin to start my own project. I had already been talking to MaidSafe before that time, and had visited the offices for two weeks in June to get to know the project better, as I had intended to build on the MaidSafe libraries.

In August 2014 I decided to pause my own project and joined MaidSafe to support the team. I initially joined MaidSafe to do quality assurance and worked from there to become core developer. As an original community member I had experienced the challenge of understanding the MaidSafe codebase from the outside. Hence I’ve been a supporter of (MaidSafe founder) David Irvine’s efforts to reduce the code to its simplest form possible. Over the past few months we’ve restructured the logic fundamentally which reduced the code by almost an order of magnitude (in C++ testnet 2). As we move towards testnet 3, it is important that we maintain agility when developing the new technologies (such as safecoin) upon the MaidSafe stack. To this end we have ported the code base to Rust. Rust is a modern system language that has inherent support for concurrent programming.

At MaidSafe I also provide support for the higher level logic of the network, which includes the message flow between vaults. My long term interests are in working towards augmented intelligence, creating a symbiosis between machine and human intelligence.” 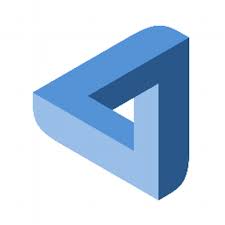