Dr. Roberto Valenti is the CTO of the PROFΞTH, an Ethereum-based platform for a global fair-trade digital economy, where artificial intelligence meets the sharing economy and the Internet of Things.  One of the goals of this platform is to allow people and a community’s material resources to interoperate as an organism, creating a multiscale direct economy without the need for advertisement and marketing.

During Bitcoin Wednesday’s workshop on governance and the blockchain held on 2 December, 2016, Dr. Valenti will present his views on the subject of governance, especially in terms of how it relates to a fair-trade digital economy like the one that he is building with PROFΞTH.

Dr. Valenti is also the Chief Technology Officer and co-founder of Sightcorp, a joint venture with the University of Amsterdam. He completed his doctorate in machine learning and computer vision at the Intelligent Systems Lab Amsterdam at the University of Amsterdam. During his academic years he has produced a significant number of high-impact scientific publications in the field of human-centered computing, automated human behavior analysis, face analysis and human-computer interaction. Since then he has been involved in several high-tech start-ups focusing on human-centered and affective computing. A futurist by nature, he is fascinated about the societal impacts of converging new technologies, with a particular passion for the blockchain.

In July 2016 Ethereum conducted a “hard fork” to return $40 million of Ether that was taken out of The DAO by an anonymous hacker. The hard fork, which essentially changes specific historical events in the Ethereum blockchain to undo the hack and give The DAO investors their funds back, was contentious as it undermines the immutable aspect of the Ethereum blockchain to essentially fix a vulnerability in a specific application  within it (The DAO smart contract). The impact of The DAO hack seemed to be so large compared to Ethereum as a whole that there seemed to be consensus among an outspoken segment of the community in support of the hard fork.

However, other, less vocal, parts of the community viewed the fork as a bailout to the DAO investors and have been highly critical of Ethereum’s founder, Vitalik Buterin.  This group considers the principle of immutability core to the Ethereum proposition.  They have therefore decided to support the un-forked blockchain, renamed Ethereum classic (ETC).

The fork is a historical event in the industry that raises many critical questions: 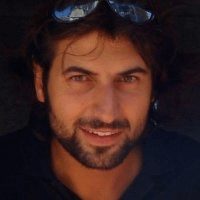