During Bitcoin Wednesday’s conference on Blockchain Tech for Sustainability and Social Impact on 2 October 2019, Joey Krug, Co-Founder of Augur and Co-Chief Investment Officer of Pantera Capital will return to speak about the state of the art in prediction markets.  Augur, the first ICO on Ethereum, is a decentralized prediction market designed to allow people to speculate on anything.

Joey will cover some of the positive externalities and potential social impacts of prediction markets.  He’ll also give an overview of Augur version 2, which is scheduled for release in January 2020.  As of September 2019, Augur had a market cap of more than $92 million with a daily trading volume of close to $7 million.

Joey first appeared at Bitcoin Wednesday on 4 March, 2015 for the special Silk Road Edition of our conference.  Augur’s crowd sale which led the famous ICO boom was launched five months later in August of that year.  His talk for Bitcoin Wednesday was entitled “Augur: an Open-Source, Decentralized, Prediction Market Platform” and explained the importance of prediction markets and why they must be decentralized.  At the time he still believed that Bitcoin was the best fuel for a decentralized prediction market and that Ethereum’s Serpent contracts were the best way to implement it.  It’s worth observing that Augur version 2 will make use of a stable coin.

In addition to Joey’s work on Augur, he is also Co-Chief Investment Officer at Pantera Capital,which manages $430mm in seven funds across three product groups passive, hedge, and venture.  He also started an AngelList syndicate which is now in the top 15 by backing.  He therefore has substantial experience with impact investing in the sector.

In 2013, he built a point of sale system enabling Bitcoin payments with sound and Bluetooth.  In 2014, he left Pomona College to work on his decentralized prediction market platform and to help solve the oracle problem designed to allow people to speculate on anything.  He joined Pantera Capital in 2017 to help manage its Hedge Team.  Pantera was the first investment firm to focus exclusively on Bitcoin and the blockchain tech ecosystem; its Bitcoin Fund returned over 5,300% in six years and returned billions to its investors. 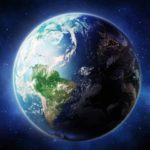 Joey Krug is Co-Founder of Augur and Co-Chief Investment Officer of Pantera Capital. He will give an overview of Augur v2 and cover some of the positive externalities and potential social impacts of prediction markets. Through his work at Pantera Capital, he also has substantial experience with impact investing in the blockchain ecosystem.