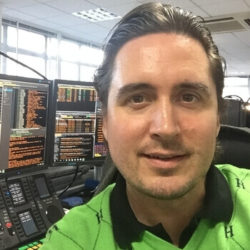 “BS Aside, What It Really Takes To Do IPO-Style ICO’s”

Everyone is talking about security tokens but very few people actually understand what it takes to create an Initial Public Offering using asset-backed tokens on a global scale.  During Bitcoin Wednesday on 5 September, 2018, TokenMarket’s CEO Ransu Salovaara will set the hype aside and talk about what it really takes to sell security tokens that can challenge traditional financial markets.

As a co-founder of TokenMarket, an ICO advisory firm based in Gibraltar, Ransu has worked with more than 35 tech startups to execute token sales that have raised nearly 400 million dollars.  In his talk he will give an overview of the regulatory landscape, both for initial token issuance as well as for sale through secondary markets.  Aside from this token advisory business, TokenMarket has built an informational website about ICOs with more than 175,000 registered users.  The purpose of the site is to make it easier for newcomers to research, buy and exchange tokens.

Before TokenMarket Ransu was a bond trader, a fixed-income specialist who handled high-yield and convertible instruments, for a Dublin-based investment company.  He was also the CEO of two different sports media companies in Scandinavia and London.  He also previously worked for Ubermedia, based in California and for Finland’s largest telecom company Elisa Oyj, where he developed an online media channel called EpicTV.

Through Revoltura.com, another Gibraltar-based company, he creates disruptive financial products, including BitcoinETI, Europe’s first bitcoin-backed Exchange Traded Instrument, which is listed on the Gibraltar Stock Exchange and trades on the Frankfurt Stock Exchange.  The bitcoins that back Revoltura’s BitcoinETI are secured offline, allowing anyone to invest in Bitcoin through a broker just like traditional stocks and bonds. 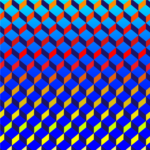 Ransu Salovaara is the CEO of TokenMarket, an ICO advisory firm based in Gibraltar which has worked with more than 35 tech startups to execute token sales that have raised nearly 400 million dollars.