“In the sunset of dissolution, everything is illuminated by the aura of nostalgia, even the guillotine.”

– Milan Kundera,
The Unbearable Lightness of Being

In the aftermath of the UK’s national Brexit referendum to leave the European Union on 23 July 2016, Dutch newspapers are already reporting notable cases of UK voter’s remorse.  Brexit triggers Regrexit, a portmanteau of “exit,” “regress” and “regret”.

As reported two days later in the paper edition of De Volkskrant, the English county of Cornwall has asked the UK government for a guarantee that it will continue to receive the subsidies that it gets from the EU.  It turns out that Cornwall, where 57% of the electorate voted in favor of Brexit, has received 1.5 billion euro in subsidies over the last 15 years.  And apparently Cornwall is not alone; the areas of England where support for Brexit was strongest tend to be the ones most dependent on the rest of Europe. 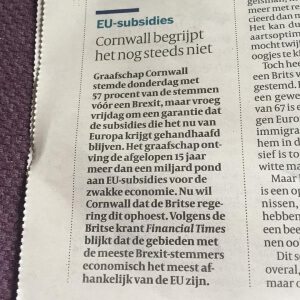 If the dire predictions of combined recession and inflation caused by the vote turn out to be correct, it will be interesting to see if the 52% of the voters who were in favor of leaving start calling for a second referendum.  On 16 May, 2016, the leader of the UK Independence Party, Nigel Farage, said that “In a 52-48 referendum this would be unfinished business by a long way. If the remain campaign wins two-thirds to one-third that ends it.”  It is remarkable that the actual results were almost exactly 48-52 the other way, the remain campaign is talking about unfinished business, and Mr. Farage is celebrating the victory.

Even if the results of the election were more decisive, it’s a fantasy to think that the UK’s departure will be clean and easy.  Governments move slowly.  The separation and divorce will have to be negotiated.  It will likely take years and a lot of money to dismantle what has already been built.  The first job cuts have already been announced.  The world has changed dramatically since the UK joined the EU in 1973, and nearly half of the UK’s economy is now dependent on its EU trading partners.

The majority of the pro-Brexit vote consists of older, white, Christian and largely less-educated men who the economy has left behind.  About 90% of the UK population is white.  Their vote is a protest against severe inequality,  a sign of the breakdown of trust in the system and the rising frustration toward bankers, terrorists, immigrants and politicians with double agendas:  It is their blind hope that turning back the clock will somehow bring back the good old days.

Of course that’s unlikely to work.  For example, does anyone know how big and expensive the walls would have to be to keep all the immigrants out?  It’s often not very long after an oppressive regime has been ousted that they are able to stage some kind of a comeback.  The communists returned to power in Eastern Europe.  Donald Trump suddenly gives George W. Bush a chance to rehabilitate his terrible image.  The Brexit referendum even gives Tony Blair his moment to say something smart.

The point isn’t that these protest votes are right or wrong, it’s just that there seems to be so few viable channels for the voters’ frustration to go.  It’s a leadership vacuum that gives rise to anti-immigration and economic protectionism candidates like Donald Trump in the U.S., Marine Le Pen in France or Geert Wilders in The Netherlands, although Wilders is arguably the most dangerous right now because he’s so much more popular.  If an election could be held in The Netherlands in June 2016, we would be referring to him as the Prime Minister. 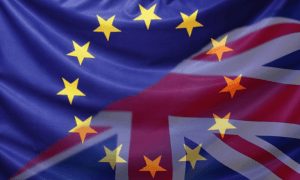 In this obvious leadership vacuum, the Bitcoin as an independent global alternative to the traditional financial system continues to attract attention.  With no central authority, no bank or government to control it, Bitcoin stands conceptually head and shoulders above the politically compromised euro, US dollar, UK pound and other fiat currencies.  Bitcoin’s uses range from authentication to security and from verification to transaction processing, and its non-financial applications will eventually overshadow its financial ones.  It has a bright future.

It’s true that the Bitcoin network is still new and experimental, but while the value of the euro and pound plummeted sharply against the dollar after the Brexit votes were counted, in this one brief moment of turmoil the value of a bitcoin remained relatively stable.  Its transaction volume only keeps growing.  So does the public’s trust in it.  Banks and governments find it interesting.  Many of them are already experimenting with it, and the blockchain, the technology upon which it is based.  One of its key features is that it is designed to be extraordinarily difficult — practically impossible — to change the protocol even slightly without global consensus, a fact that makes it resistant to manipulation, although many have tried.

It was therefore ironic when Marine Le Pen, out of ignorance and with a keen nose for publicity, proposed a French ban against digital currency on May 26, 2016 because, she said, it was a tool of Wall Street banks.  In our view it’s fair to be skeptical and critical of any new technology as long as you are accurate about its flaws.  For example: Banks, especially the ones on Wall Street, are primarily interested in the technology because it is disruptive to their industry.  It is no coincidence that Wall Street has one of the world’s most restrictive regulatory landscapes for digital currency.  Banks, or anyone else for that matter, have to create completely separate (and inherently less secure) systems to maintain any semblance of control over a blockchain.  Far from being the sinister domain of criminals, compared to traditional financial systems, illegal activity on the Bitcoin network is practically nonexistent, and it’s not even a little bit anonymous.  Rather than intensifying the digital divide, let’s stop frightening people about the future in which they themselves already know they will have to live.

Far from a misguided attempt to go back in time, a decentralized digital currency that knows no borders and cannot be controlled by a central authority gives reason for hope, and seems to be on a path to the future.  In time it might grow into the viable alternative that the protest voters have always wanted.

It should be noted that the UK government seems to be a little ahead of its European and American counterparts in its appreciation and understanding of digital currency. 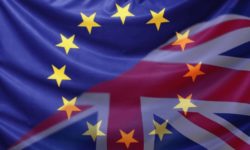