Richard Kohl will give a talk about blockchain-based sustainability during Bitcoin Wednesday on 5 September, 2018.  This edition of the conference will be held in cooperation with ABN Amro, at Circl, the bank’s new center for sustainability.  The new building is the pavilion made from recycled wood and aluminum on the Gustave Mahlerplein in front of ABN Amro’s headquarters to illustrate the bank’s growing commitment to principles of sustainability.

Richard is the founder of Bitcoin Wednesday, one of the longest-running and largest monthly conferences about the digital currency revolution.  When he discovered Bitcoin in early 2011, he realized its potential immediately.  He has focused on this transformational technology ever since.  In that first year he co-founded the Bitcoin startup PikaPay, one of the first in The Netherlands.  Two years later, in 2013, he was asked to join the board of The Bitcoin Foundation of the Netherlands, stichting Bitcoin Nederland, where he has helped to direct its focus toward education and raising awareness.

An early-stage investor and veteran of the tech sector, before becoming involved in PikaPay, Richard worked on complex Internet solutions for the Ministry of Traffic and Telecommunications, British Telecom and Computer Sciences Corporation.  Prior to that he was also a book editor for popular science and technology books at Random House in New York. 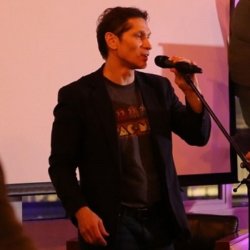