Rik Esselink will be the session chair for Bitcoin Wednesday on 7 November, 2018.  He is currently MD Europe for one of the world’s fastest growing connected home startups, Ring.com. He was the former Marketing Director at Philips, and MD EMEA for Axon, and has been an active member of the Amsterdam blockchain community for years. He previously served as session chair for the 2017 edition of CoinFest as well as for the conferences in June, September and October 2017.

Rik grew up in Singapore and Australia before coming to the U.S.  He studied physics at Harvard and received his MBA from Stanford.  He came to Europe to establish the EMEA business for Silicon Valley startups.  In addition to his day jobs he enjoys being active in startup communities. Keen interests other than blockchain include Internet of Things, AI, travel, raising three children and back country skiing. 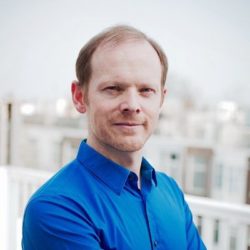