For Bitcoin Wednesday’s 51st edition on 6 September 2017, Risto Karjalainen, the COO of Streamr, will join his colleague CEO Henri Pihkala for an update on the Streamr project.

Henri gave us a first look at Streamr two months ago during Bitcoin Wednesday’s 4-year anniversary in July 2017.  The blockchain startup aims to tokenize the value of real-time data.  It consists of:

One, a decentralized, peer-to-peer network for the distribution of real-time data which is integrated with the Ethereum network;

Two, a token called Datacoin that users can earn by providing bandwidth to the network;

Three, a marketplace for buying and selling realtime data, like an app store, which is also monetized by Datacoin; and

Since his co-founder presented at Bitcoin Wednesday the Streamr team has begun creating a decentralized application development stack with the open-source decentralized supercomputer Golem.  The two groups have started to work together on some of the difficult, unsolved problems that many blockchain-based projects share with one another.

An engineer by background, Risto received his Ph.D. from the Wharton School of the University of Pennsylvania with a specialization in behavioural finance, machine learning and evolutionary computation.

Before he became fascinated with real-time data and decentralized computing, he worked for a number of years in London as a quant and portfolio manager with institutional asset managers at J.P. Morgan and Merrill Lynch as well as with a few hedge funds. 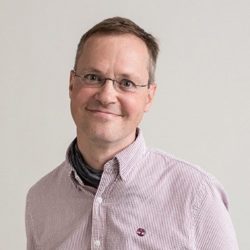