Robert Wiecko and Balázs Király are both project managers for the alt-coin known as Dash, originally launched in January 2014.  Wired U.K. called the digital currency “Bitcoin’s Nefarious Cousin” because, unlike Bitcoin, transactions on the Dash network are designed to be anonymous.

At Bitcoin Wednesday, on 7 October 2015 Robert and Balázs will talk about project management in Dash, including the systems and processes that have been implemented to make it easier to add and improve innovative components not found in other digital coins.

Balázs is currently working as a Scrum Master, focusing on efficient collaboration of people with varying skill sets.  He’s based in Budapest, Hungary.  Graduating with an MBA in Finance, he started his career in the field of ERP systems.  He facilitated the transformation of his current company to Scrum, and intends to bring an agile perspective to the Dash project as well.  “ERP teams are very similar to the Dash team, with financial people working alongside developers — both critical to the success of the projects,” he says.  “Our purpose is to support the developers so that they can focus on execution instead of administration and coordination, while providing transparency for stakeholders and making it easier for community members to contribute.  We have created a cryptocurrency supporting rapid innovation.  Now we have to align our culture and processes for maximum efficiency.  These two combined will enable us to innovate faster than our competitors and create the most useful cryptocurrency on the market.”

In his spare time, Balázs is an avid fan of self-improvement, dancing bachata, couchsurfing and good food. 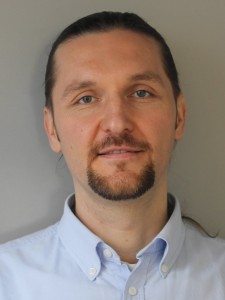 Robert brings more than 14 years experience in the IT industry. He is a certified Scrum Master, PM and ITIL professional who has worked for multinationals UBS, Cambridge Technology Partners, Hewlett Packard, Swiss Re, Greenpeace, Procter & Gamble, Swisscom and Novartis.  He discovered cryptocurrency two years ago when he asked Google about “the most innovative IT technologies of the 21st century.”  He is fascinated by digital currencies and global economics.

When he is away from his computer he likes to cook according to traditional Chinese health philosophies and listen to art rock and classical music.  He is originally from Poland, but now lives with his wife and children in Basel, Switzerland.