For its 5-year anniversary on 4-5 July, 2018, Bitcoin Wednesday welcomes Silvio Micali of MIT.  He will present an alternative, democratic and efficient distributed ledger called Algorand.

Distributed ledgers stand to revolutionize the way a democratic society operates. They secure all kinds of traditional transactions such as payments, asset transfers, and titling in the exact order in which they occur.  They enable totally new transactions such as cryptocurrencies and smart contracts.  They can also remove intermediaries and usher in a new paradigm for trust.

As currently implemented, however, distributed ledgers cannot achieve their enormous potential.  Algorand is an alternative, democratic, and efficient distributed ledger. Unlike prior ledgers based on ‘proof of work’, it dispenses with ‘miners’. Indeed, Algorand requires only a negligible amount of computation. Moreover, its transaction history does not ‘fork’ with overwhelming probability: i.e., Algorand guarantees the finality of all transactions. Finally, this distributed ledger technology enjoys flexible self-governance. By using its hallmark propose-and-agree process, Algorand can correct its course as necessary or desirable, without any ‘hard forks’.

Silvio Micali has received his Laurea in Mathematics from the University of Rome, and his PhD in Computer Science from the University of California at Berkeley. Since 1983, he has been on the faculty of the Electrical Engineering and Computer Science Department at MIT.  His research interests are cryptography, zero knowledge, pseudo-random generation, Byzantine agreement, secure protocols, mechanism design, and distributed ledgers. 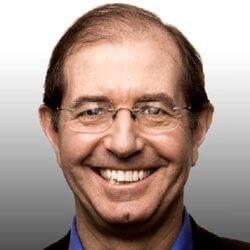