For Bitcoin Wednesday’s 5-year anniversary edition, CEO Stani Kulechov of ETHLend will give a demo of what may be one of the most successful blockchain-based startups on the Ethereum network.  ETHLend is a peer-to-peer decentralized financial marketplace based on Ethereum where borrowers and lenders can use smart contracts to create loan agreements on demand from anywhere in the world without relying on trusted third parties like banks.  The ETHLend protocol behind this application could potentially provide loans to the world’s unbanked without the delays and paperwork you encounter when you apply for a loan at a bank.

During his presentation, Stani will show how the ETHLend application uses smart contracts to secure and collateralize loans.  He will also share his insights on starting a blockchain-based project, how the journey has been so far, and what his team expects the marketplace to look like in the future.

Stani is the founder and CEO of ETHLend.  He kickstarted the ETHLend project in late 2016 while studying law at the University of Helsinki.  He completed his degree in 2018.  ETHLend began operation on Ethereum’s main network in the spring of 2017, then raised nearly $18 million in a crowd sale in November of that same year. Since mid-December, the application has done more than 12000 ETH worth of loans (nearly $55 million as of June 2018) with a total value of over $10 million. 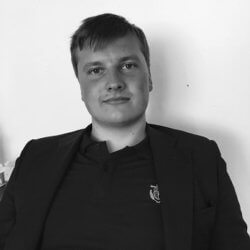