Prediction Markets: Use Cases and Components

During Bitcoin Wednesday’s 3rd anniversary edition, Stefan George, technical co-founder of Gnosis, will give a presentation about decentralized prediction markets.  These services use the blockchain to address some of mankind’s greatest challenges.  For example, they allow participants to trade or bet against the outcome of future events, a technique that has proven to be extremely accurate at forecasting within large companies like HP and Google.  When a prediction market operates on a decentralized network, it potentially becomes resistant to take down and outside interference.  The knowledge it generates can be made accessible to smaller organizations, to nonprofits and to the public.

Stefan’s talk will cover two critical aspects of prediction markets, its components, including market makers, analysts and oracles, and its use cases, from price discovery to decentralized autonomous governance.  He will show how prediction markets help to make decisions.

Stefan is a full-stack developer who previously worked for SAP in Palo Alto.  He became interested in Bitcoin in 2013 and began working with Martin Köppelmann on a Bitcoin-related startup for sports betting. After taking a break to complete his Master’s in Computer Science and to travel in Asia, Stefan joined Martin in developing Gnosis on the Ethereum network.  When he is not working with Ethereum, Stefan enjoys playing tennis and squash and likes to travel the world. 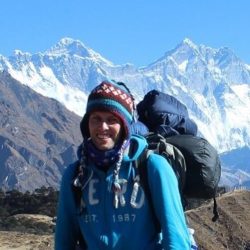