Lightning Integration in The Electrum Wallet

On 3 October, 2018, Bitcoin Wednesday will be host to Dr. Thomas Voegtlin, founder of Electrum, among the first and best-known Bitcoin wallets, estimated to handle about 5% of all Bitcoin transactions.  It is currently available for Linux, OSX, Android and Windows computers.  Electrum was launched in 2011 as a secure, lightweight desktop Bitcoin client that over the years has focused entirely on Bitcoin.  With this long track record Electrum has maintained its reputation for security and has integrated with hardware wallets like Ledger, KeepKey and Trezor.  It is a thin “SPV” (simple payment verification) client which operates without synching the entire transaction history from the Bitcoin network.  Instead it can be used instantly by connecting to an Electrum server.

With its recent Lightning integration, Electrum introduces the potential to handle a much higher volume of low-cost transactions while resolving the technical challenges of Lightning in combination with SPV.

The Lightning Network is a new protocol on top of the Bitcoin network, that promises to scale Bitcoin payments to billions of transactions per day. However, the use of Lightning channels creates new security challenges, especially for light Bitcoin clients like Electrum, that do not download the entire blockchain. We will discuss the integration of Lightning in Electrum, a light client that verifies transactions using SPV.

Thomas created the Electrum Bitcoin wallet in 2011 and became founder and CEO of Electrum technologies in 2014. He previously worked as a researcher in machine learning and computational neuroscience.  He earned a PhD in computer science from the University of Lyon in 2002 and was a Post doc at Humboldt University in Berlin from 2002 to 2004.  From 2004 to 2014 he served as a research scientist at INRIA, the French National Institute for computer science and applied mathematics. 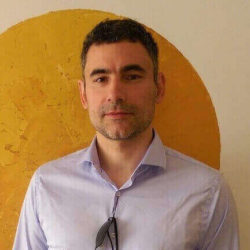