Tim Epskamp, Founding Partner of Dutch cryptocurrency investment firm BlockBay Capital, will be the session chair for Bitcoin Wednesday on 6 February 2019.  Tim began to offer cryptocurrency and blockchain investment solutions through BlockBay in March, 2018.  The company delivers traditional wealth management services from the fundamental belief in cryptocurrency as a new asset class.

Before he founded BlockBay, Tim was an investment analyst for both UBS and Kempen & Co.  He has a Master’s degree in Financial Management from the University of Groningen in The Netherlands and a Master’s in Economics from Sweden’s Uppsala University.  In addition, he is a CFA charterholder and an investing partner in Tezos Vote, one of the earliest of the Tezos blockchain delegators.  Tezos raised $232 in July 2017, but was involved in a high-profile legal conflict that delayed its launch by 8 months.  Now, launched, the Tezos network depends on a delegated proof-of-stake algorithm that pays out periodic rewards to node operators like Tezos Vote. 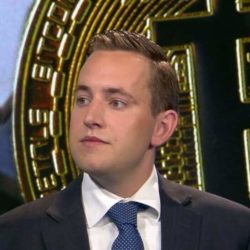